Conservation of Rainforests in Baja Talamanca

Talamanca: Primary Forests connected from the Mountains to the Ocean

The canton of Talamanca on Costa Ricas’ southern Caribbean shore is home to an extraordinary species-rich fauna and flora. Reasons for this bountiful biodiversity are differing vegetation zones which encompass different biotopes, such as lowlands and mountainous rain forests as well as treeless mountainous highlands in a relatively narrow area. Especially in the higher situated region of Talamanca, the Alto Talamanca, there exist large areas of still mostly unspoiled nature, protected by the installation of numerous sanctuaries. Unfortunately, this does not apply in the same degree to the near coastal region of Baja Talamanca: Logging, tourism, and banana plantations threaten the survival of the primary forests in many places. The connectivity of populations and their habitat is endangered and a valuable natural heritage could be lost.

In order to conserve the diversity of species in a region on a long term basis, it is important that animal and plant species have sufficient habitats at their disposal. In this case, smaller protected zones also have an important function, especially when these serve to unite larger intact areas in a so-called biological corridor. Such a corridor is formed by the forest of the Finca Curré in the vicinity of Punta Uva in the coastal region of Baja Talamanca. In 1992, TROPICA VERDE was able to purchase this primary forest covering 70 hectares and thus prevent its imminent logging. Hereby, forests connecting the Keköldi indigenous reserve and the Wildlife Sanctuary Gandoca-Manzanillo could be preserved. In November of 2005, after tedious negotiations, Finca Curré was expanded by the purchase of approximately 15 hectares on its northern border. This allowed for the rescue of another valuable area of precious forest from certain destruction.

Together with our neighbors, we have reached with the Finca Curré as a central primary forest area, an agreement on a private protected area. The common area should be protected, which also includes the care and supervision of the entire area. More neighbors should be won for the common protection area.

With the help of observation stations the important patrols and the monitoring of animals and plants in the rainforest can be carried out. 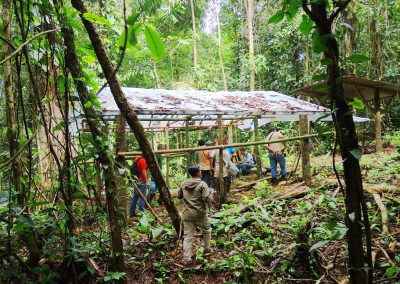 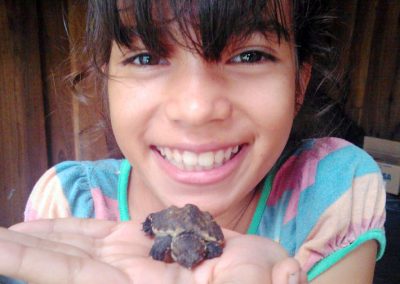 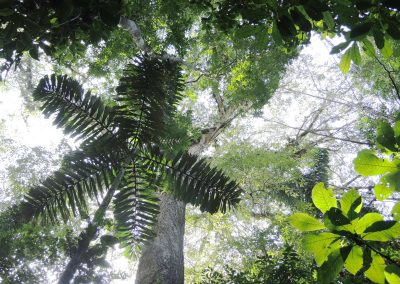 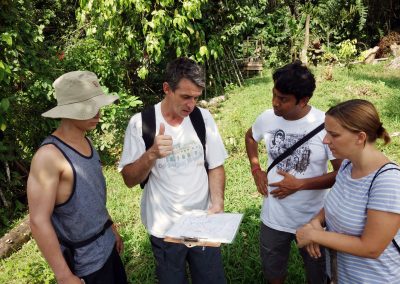 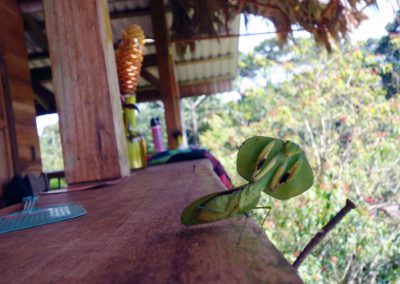 Protection of the forest area

To ensure the protection of the finca curré, regular patrols are very important. For this, our neighbor and partner Thierry is working as a ranger in this area and keeps us up to date with reports or special incidents at finca curré. By showing presence we reduce illegal logging and poaching.

If you are interested to support our projects with a donation, you can find us on betterplace or on our regular donation account with the reference to “primary forest”.

Local partner: ACBTC and ONE WORLD

ACBTC (Asociación Corridor Biológico Talamanca Caribe) is a local well known and good networked association of 19 different regional organisations, dealing with issues like community, indigenous and cultural development, families, small farms and environmental protection. They all want to protect sustainably manage the natural resources. The ACBTC is initiating a participatory process with the civilian population in order to preserve the biodiversity in Talamanca. Tropica Verde is supporting an ACBTC environmental education project that will help educate environmental education at three schools in Talamanca.

Another important local partner is ONE WORLD, a project that, just like the Finca Curré, aims to protect and preserve the biodiversity of the rainforest. 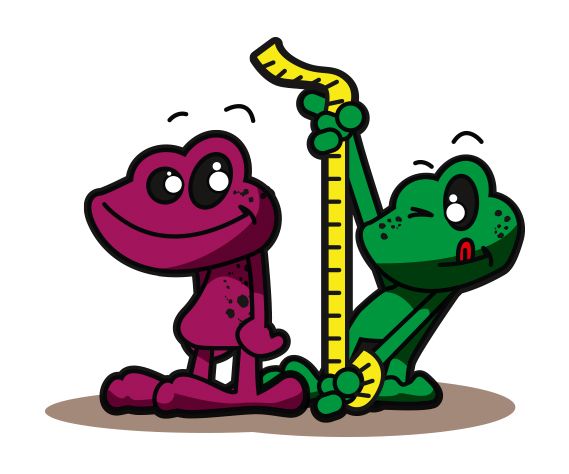